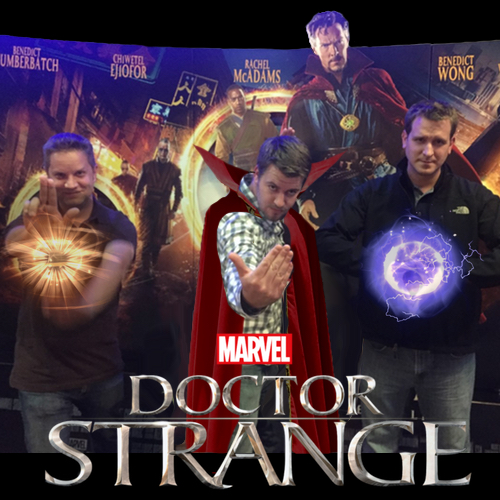 Throw on your cape and trim your goatee, it’s time for our review of Doctor Strange! Baconsale is ready to talk about the 14th film in the Marvel Cinematic Universe, and determine if Benedict Cumberbatch (or Benedict “Cumberbutton,” as Jacob calls him) is the right fit for the role of Dr. Stephen Strange.

As always, the first 10 minutes of this review are spoiler-free! It’s not until the last half when we talk about the ending of the movie where Batman punches Darth Vader in the face to save Hermione Granger. Wait….