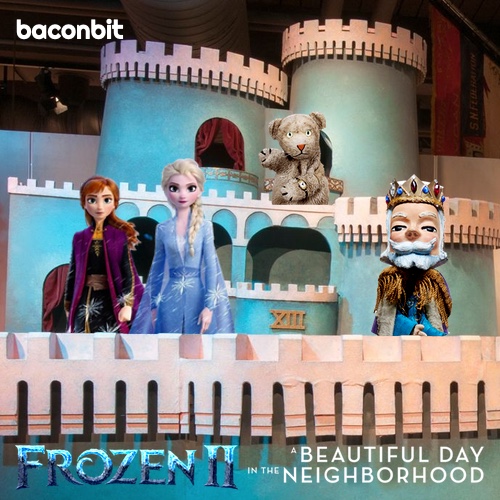 Would you be ours, could you be ours, won’t you be our listener? Kent is ready to give spoiler-free reviews for two dark, gritty, R-rated films on this BaconBit: A Beautiful Day in the Neighborhood and Frozen II. He finally lets Joel and Mr. Rogers know if Tom Hanks is able to become Mister Rogers. Then, Kent launches “Into the Unknown” and discusses his thoughts about the Frozen sequel. But is he able to defy his daughters who say it’s the best movie since the last movie they saw?

Plus, listen for details on how you can win some spicy fudge!