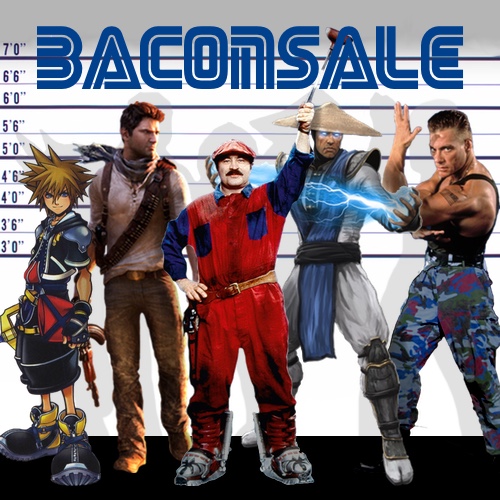 From Super Mario Bros. to The Angry Birds Movie, Hollywood just can’t seem to make a decent movie that is based on a video game. Therefore, in this episode, Baconsale is talking about why most video game film adaptations fail both critically and commercially.

We also talk about the few hidden treasures in the vast wasteland of video game movies. They’re not good movies, per se, but at least they don’t make you want to gouge your eyes out. Plus, as an added bonus, Kent and Joel both pitch ideas for new films based on video games — one of which is actually good.

So whether you’re a fan of Nintendo, Sega, PlayStation. Xbox or PC gaming, you’re sure to enjoy us mocking the terrible movies based on the games you love.