You’re invited to an advance screening of The Foreigner!

No, this is not about the British-American rock band from the 80s that created the epic love ballad “I Want to Know What Love Is,” this is an action thriller from Martin Campbell, the director of Casino Royale and it stars Jackie Chan and Pierce Brosnan.

The film tells the story of humble London businessman Quan (Chan), whose long-buried past erupts in a revenge-fueled vendetta when the only person left for him to love — his teenage daughter — is taken from him in a senseless act of politically-motivated terrorism.

In his relentless search for the identity of the terrorists, Quan is forced into a cat-and-mouse conflict with a British government official (Brosnan), whose own past may hold clues to the identities of the elusive killers.

Follow this link: http://stxtickets.com/jFWSN60439 for your chance to download an admit-two pass to see the film on Wednesday, October 11 @ 7:00 at the Megaplex Theatres in The Gateway! Please note that seating in the theater is first-come, first-serve and is NOT guaranteed — so arrive early. 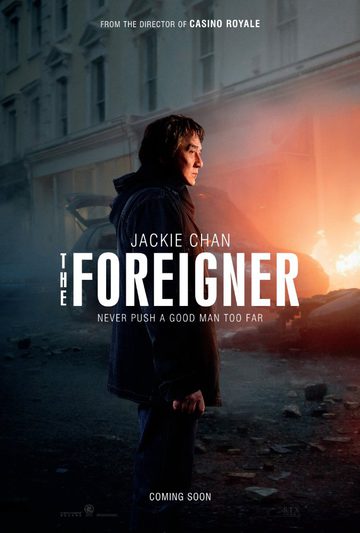