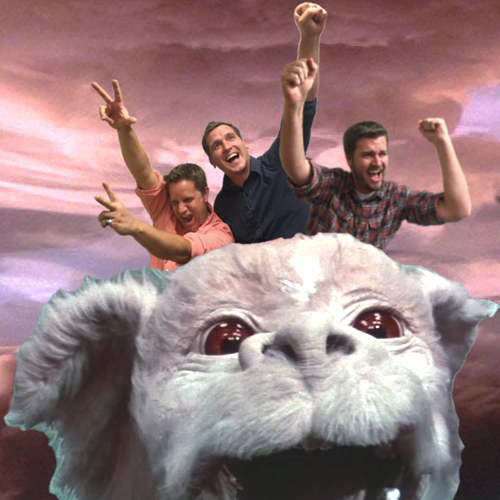 As we all know, most franchise reboots are the spawn of Satan himself sent to ruin movies and destroy lives. However, some sequels (like Mad Max: Fury Road and Jurassic World) have helped to revitalize an otherwise dead film series.Therefore, much to Kent’s delight, he and Joel have each been tasked to come up with three sequel pitches that could resurrect an old franchise, if only Hollywood would listen. While Jacob spends most of the time complaining about how Sam Raimi pronounces his name and how he missed out on a certain comedy/horror movie during his childhood.

Also, WARNING: We say “hell” a lot in this episode. However, don’t worry, we’re mostly talking about the place, so it’s in context and Joel still considers it family friendly.