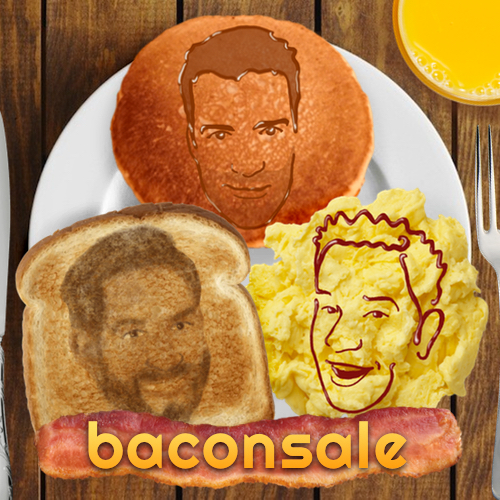 Breakfast. It’s the most important meal of the day. But let’s face it, some breakfast meals are more important than others. So, on this episode of Baconsale, we’re ranking popular morning dishes, from bacon and the incredible, edible egg to fruit and fancy yogurt. We’ll also talk about the history of these dishes, which may include some ridiculous attempts at foreign accents. Joel has a deep love for most breakfast foods (much like Ron Swanson), Zack is fond of gruel and thinks things just taste better in New York, while Kent has a strange dedication to Pop Tarts and other bachelor cuisine.

Wake up, pop a Dutch baby in the oven, and press play to join the breakfast party!