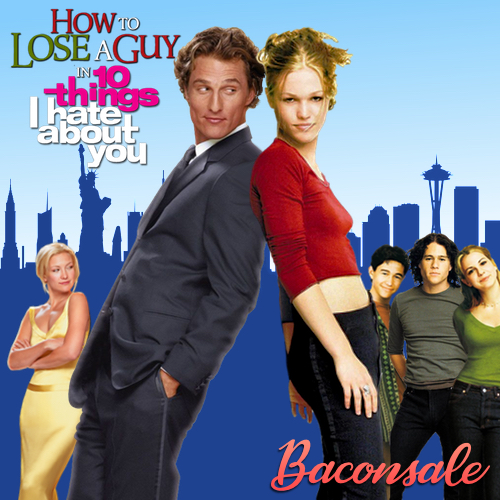 Alright, alright, alright. With Valentine’s Day approaching, Baconsale decided to pit two very different romantic comedies against each other: 10 Things I Hate About You (1999) & How to Lose a Guy in 10 Days (2003). Why these two movies? Well, Kent and Joel sometimes get the titles confused. Also, they passionately disagree as to which one is better. The guys try to keep the debate structured as they discuss the writing, directing, critical reviews, box office performance, and legacy of both films, but—as tends to happen in these versus-style episodes—the discussion tends to devolve into an argument about who’s interrupting whom.