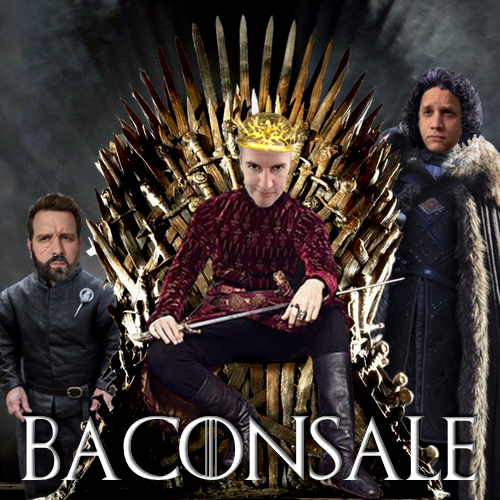 Valar morghulis! On this episode of Baconsale, we’re discussing a small, hipster TV series you probably haven’t heard of: Game of Thrones. Kent is a big fan of the show, Joel watched the entire thing once (edited) and Jacob gave up after the first season. However, this episode is NOT a scene-by-scene breakdown of the story. In fact, it’s pretty spoiler-free (and family friendly). Instead, we’re talking to those people who HAVEN’T watched this cultural phenomenon, and we’re asking the question, “why not?” We hope you enjoy this introduction to the world of Westeros.

Press play to finally understand what people mean when they say, “winter is coming.”